Tony Francois is an attorney in PLF’s Sacramento office, and has litigated cases around the country defending Americans’ property rights from land use and environmental restrictions. He is a member of the California State Bar and also practices before several federal trial and appellate courts and the Supreme Court of the United States.

Since graduating from college in 1987, Tony has continuously fought government, starting with other countries’ governments as an Infantry officer in the U.S. Army. He served in the former West Germany at the close of the Cold War and personally removed a portion of the Berlin Wall in 1990. Close proximity to the Soviet and Warsaw Pact communist governments of the Cold War gave him a permanent desire to defend freedom against government tyranny.

The end of the Cold War and return to the States in the early 90s led him to see that many government abuses were taking hold in our country as well. Tony was also inspired to trade the military barracks for the courtroom by reading about abuses imposed by the IRS on American taxpayers, and well as the epic conflict between Wayne Hage and the U.S. Forest Service over grazing and water rights in the Western States.

Tony graduated from the University of California Hastings College of the Law in 1996 with honors. After representing farmers, ranchers, and other landowners in private law practice and then for a decade as a policy advocate before the California legislature, Tony joined PLF in 2012. In his off hours, he enjoys martial arts, Giants baseball, reading history, and raising his family with his wife in Sacramento. In this podcast, experts discuss the potential implications of Sackett v. EPA for defining “waters of the United States.” 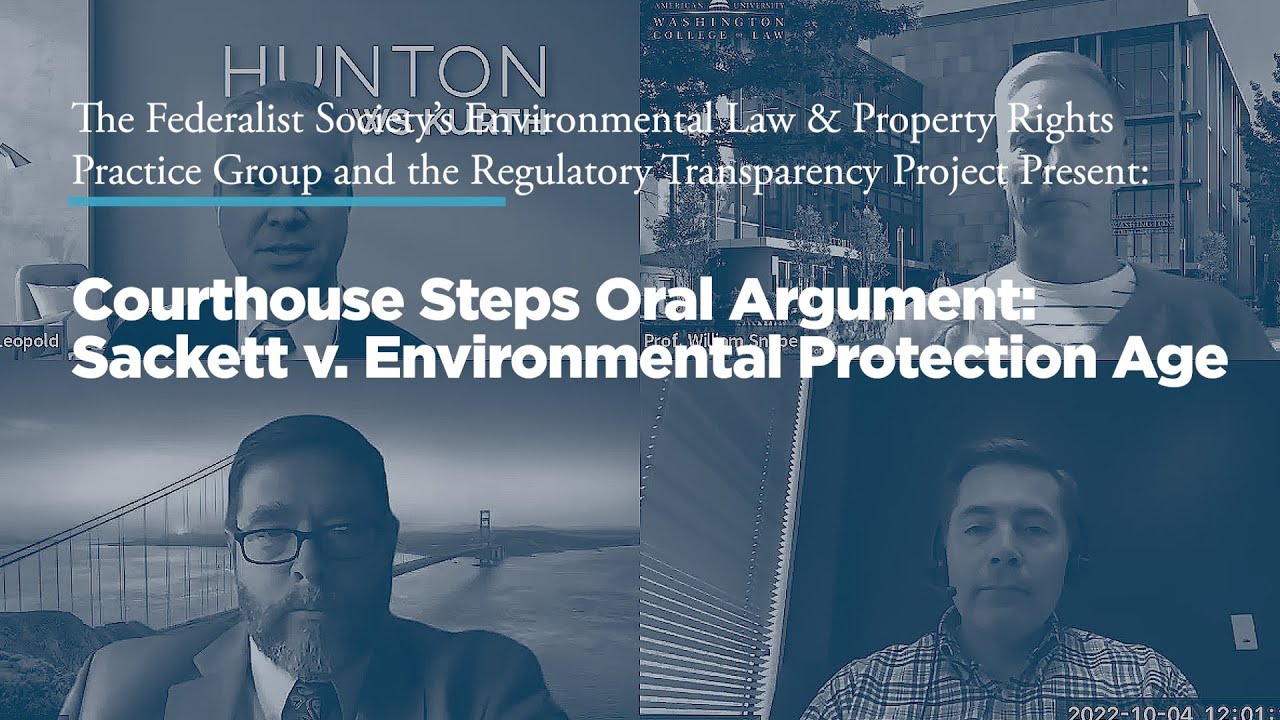 In this episode, Daren Bakst, Tony Francois, and John Paul Woodley discuss the new definition of WOTUS and its potential impacts.

For decades, the EPA and Corps have struggled to come up with a proper definition that is both consistent with the plain language of the statute, respects the state role in addressing water pollution, and is consistent with the rule of law. In this episode, experts will discuss a recently proposed rule defining “waters of the United States” and its implications.