Mark Calabria is the Director of the Federal Housing Finance Agency.

He was formerly the chief economist for Vice President Mike Pence. Prior to that, he served as Director of Financial Regulation Studies at the Cato Institute. Before joining Cato in 2009, he spent six years as a member of the senior professional staff of the U.S. Senate Committee on Banking, Housing and Urban Affairs. In that position, Calabria handled issues related to housing, mortgage finance, economics, banking and insurance for Ranking Member Richard Shelby (R-AL). Prior to his service on Capitol Hill, Calabria served as Deputy Assistant Secretary for Regulatory Affairs at the U.S. Department of Housing and Urban Development, and also held a variety of positions at Harvard University’s Joint Center for Housing Studies, the National Association of Home Builders and the National Association of Realtors. Calabria has also been a Research Associate with the U.S. Census Bureau’s Center for Economic Studies.

He has extensive experience evaluating the impacts of legislative and regulatory proposals on financial and real estate markets, with particular emphasis on how policy changes in Washington affect low and moderate income households.

He holds a doctorate in economics from George Mason University. 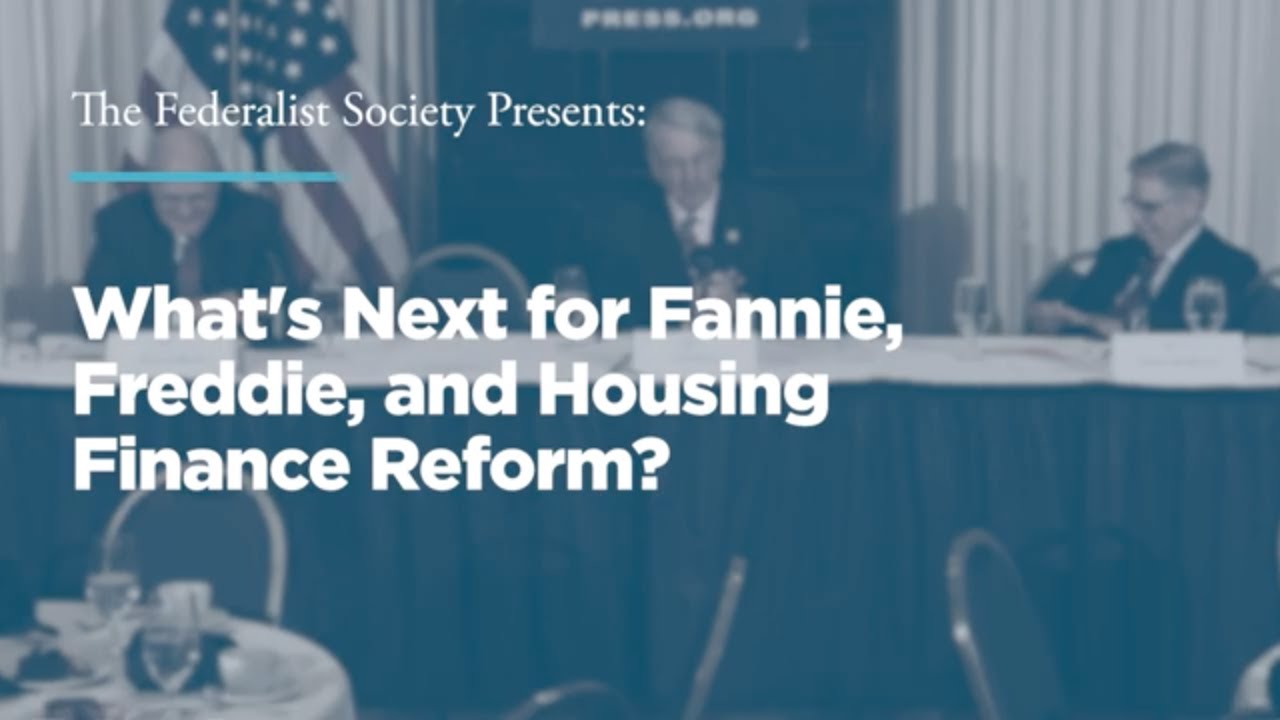 The Federal Housing Finance Agency (FHFA) oversees the administration of both Freddie Mac and Fannie Mae. What’s next for the agency? What are the priorities that the agency should be pursuing? This episode features remarks from FHFA Director Mark Calabria and a discussion of the issues with reform by our panelists.