Ajit Pai is the Chairman of the Federal Communications Commission. He was designated Chairman by President Donald J. Trump in January 2017. He had previously served as Commissioner at the FCC, appointed by then-President Barack Obama and confirmed unanimously by the United States Senate in May 2012. 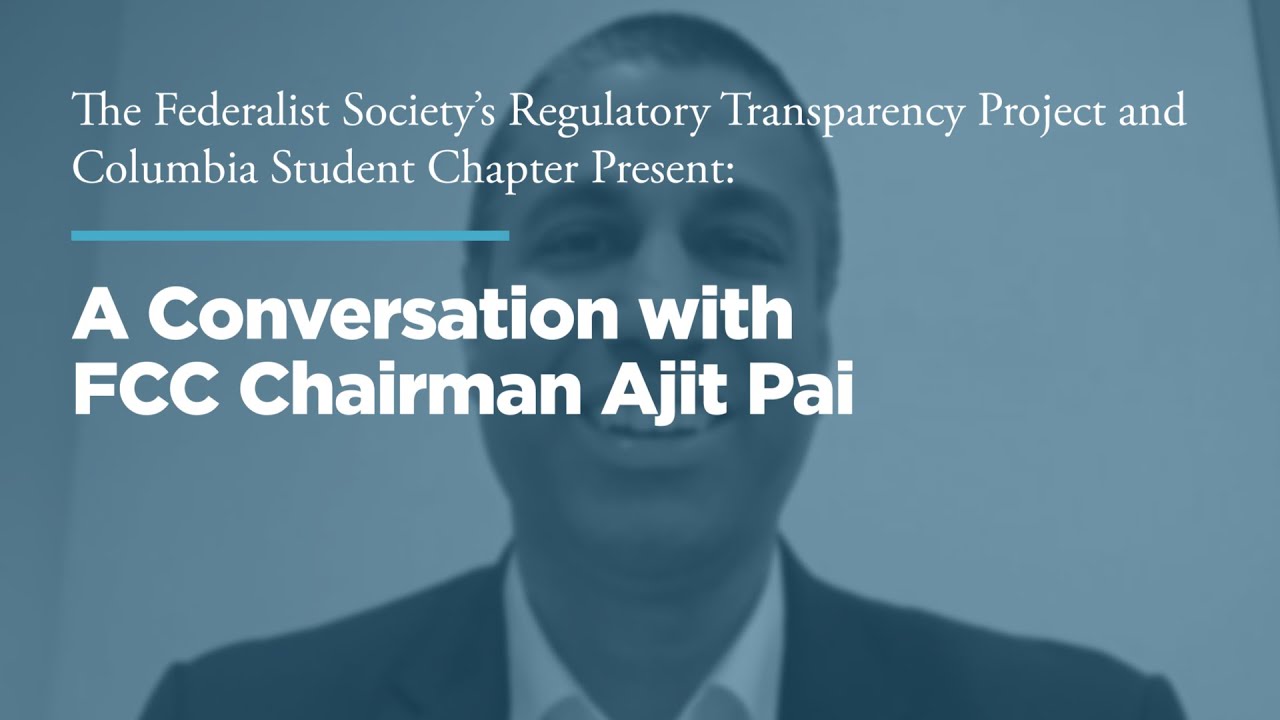 Tech Roundup Episode 9 – COVID-19 and the Internet: A Conversation with Ajit Pai

In this episode, Ajit Pai joins Adam Theirer and Brent Skorup to discuss the principles driving the Federal Communications Commission in recent years, the “Keep Americans Connected” pledge, and how things have changed for the FCC in the midst of the COVID-19 pandemic. Deep Dive Episode 103 – Ajit Pai: The FCC and the Pandemic

Listen as Federal Communications Commission Chairman Ajit Pai discusses how the FCC is addressing the COVID-19 pandemic. What measures has the FCC taken to date, and what is planned in the future?